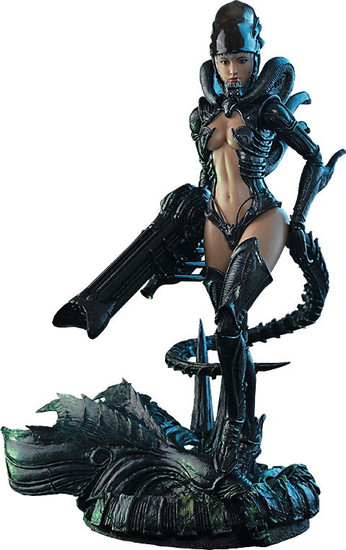 The AVP - inspired Alien Girl is an original character designed by Hong Kong multimedia artist Mr. Elphonso Lam. Her appearance is a unique combination of the stylistic Xenomorph and a sensuous human girl!