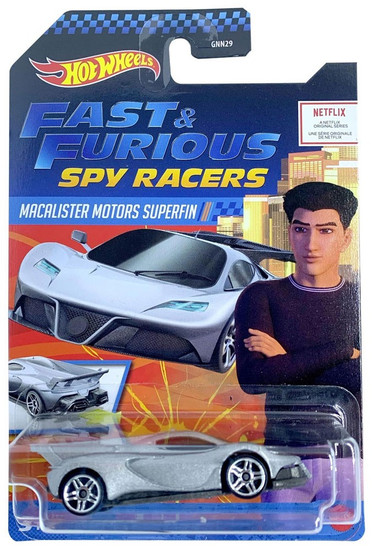 Epic Fast & Furious Spy Racers die-cast 1:64 scale models based on the action-packed global film franchise and upcoming animated Netflix series! Bringing speed, pulse-pounding stunts and supercharged street racers to the party. Inspired by the iconic muscle cars and street-style rides from the show, each vehicle features its own spy gadget and real moving parts. Fully compatible with Hot Wheels tracks and playsets, too. Fast & Furious fans are going to want to collect them all!
hwffmacalmotorsuperfin
887961874730
342876
Out of Stock
New