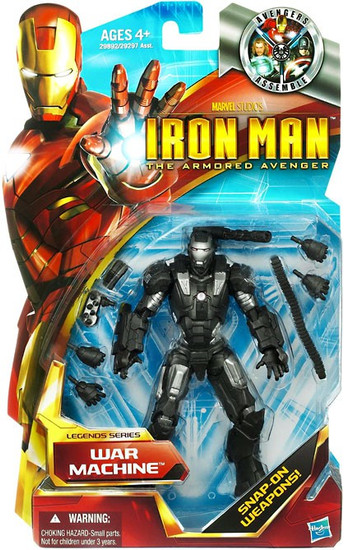 Taken directly from Tony Stark's lab, this armor suit was reverse-engineered and rebuilt by the Air Force's top scientists. They boosted its engine output, enhanced its hydraulic muscles, and added several of the military's most powerful weapons. Iron Man might be a one-man army, but this machine is built for war. "Wage war" on the forces of evil with your battle-ready War Machine figure! In his suit of "iron," your warrior is already a force too powerful for most opponents. But with his snap-on weapon accessories in tow, he's even more unstoppable! Team up with your War Machine figure to take on bad guys, wherever and whenever you find them.
moviewar6inch
653569598435
220812
Out of Stock
New