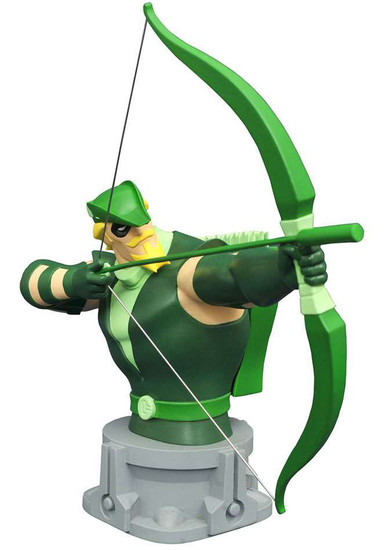 The DC Animated Universe's greatest archer is now part of the DCAU's greatest bust line! Joining fellow Justice Leaguers Batman, Superman, Hawkgirl and more, this approximately 6" resin bust of Oliver Queen captures the archer as he appeared in the Justice League Unlimited animated series, taking aim with his bow and arrow atop a pedestal base styled after the JLU's Watchtower satellite. Limited to only 3,000 pieces, this bust comes packaged with a certificate of authenticity in a full-color box. Sculpted by Varner Studios!
jul162605
699788182123
134624
Out of Stock
New