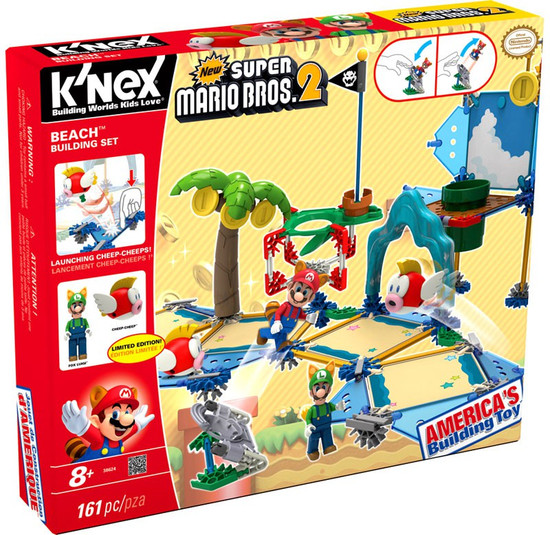 Go on a brand new adventure with Raccoon Mario & Fox Luigi as they battle Cheep Cheeps! Featuring K'NEX's all new jump disk and launcher that allow Mario to run and jump, like he does in the game. Build Raccoon Mario & Fox Luigi and use the jump launcher to spring into action and collect the coins! Look out for the flying Cheep Cheeps - launch them off of special panels and try to hit the Bros! Drop through the warp pipe, then pop-up the goal flag and you've cleared the course! Combine your Beach building set with the rest of the K'NEX Super Mario building set line to take Mario on an even BIGGER adventure!
knex38624
744476386243
126969
In Stock
New