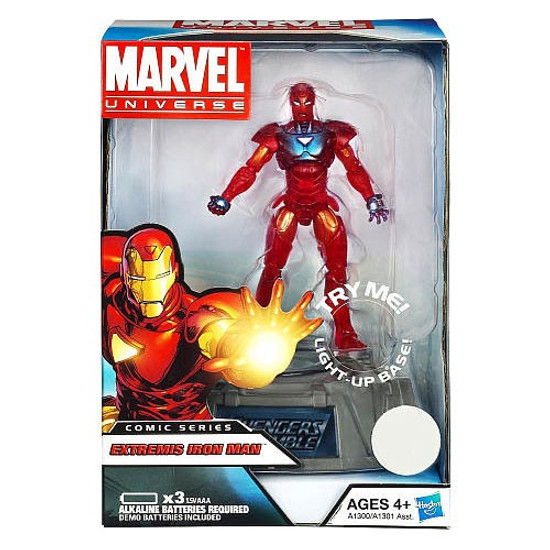 The enemies of good are on the move, and that calls for a hero like this EXTREME IRON MAN figure! This incredibly detailed figure is ready for combat and hell take on all comers with his repulsor blasts and powerful armor. When the battle is over for the day, stand him on his light-up collectors base. His base connects to other figures bases (other figures sold separately) to form a S.H.I.E.L.D. platform! Whether hes in the fight or in your collection, this EXTREME IRON MAN figure is the ultimate warrior for the forces of good!
Heroic EXTREME IRON MAN figure is ready for combat!
Stand him up on his base in your collection.
Collectors base lights up!
Figure base connects to other bases (other figures sold separately) to form S.H.I.E.L.D. platform.
lightbaseextremisironman
653569776680
121734
In Stock
New