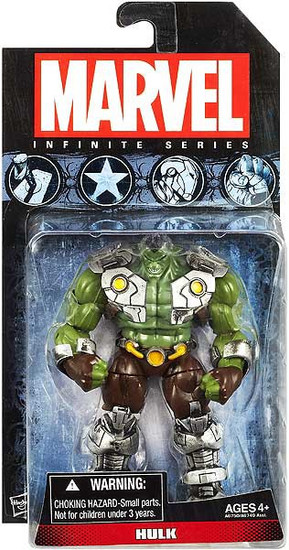 For years, Bruce Banner fought against his other self, hoping to repress or destroy the Hulk. Now, they work in concert - Banner using his brilliance and the Hulk applying his raging strength when intelligence fails. Pick a fight with evil with your gamma-green Hulk figure! His raging strength will flatten the bad guys in every battle, and his armor will protect him when his massive muscles can't! Pose his arms to smash for the ultimate Avengers combat.
aiindhulk
653569917076
82805
In Stock
New