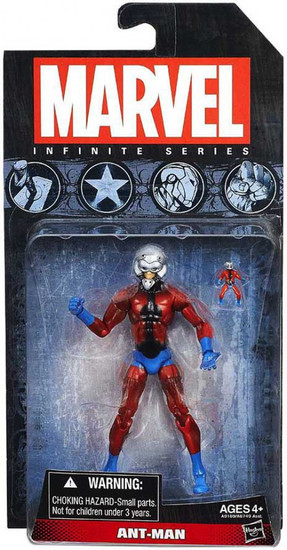 Henry Pym never intended to become a superhero, but his invention of size-altering "Pym particles" catapulted him into a long career fighting crime and ultimately led him to become a founding member of the Avengers. The enemies of justice don't stand a chance with your Ant-Man figure in the fight! This immortal superhero figure wears his ant helmet into battle against the bad guys. Pose his arms to attack in the ultimate Avengers combat!
avengers3antman
653569981404
85499
In Stock
New