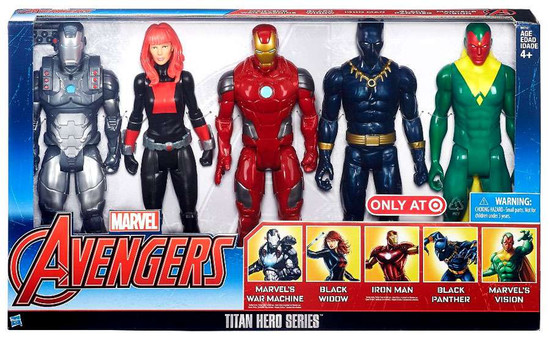 When Iron Man and Captain America face off, it's a battle of heroes -- and there's no knowing who will be the victor! It's time to choose a side and get ready to jump into the action. This isn't just a battle for justice; it's a battle that will change the course of history for Super Heroes and Villains forever!
Enter the battle with this pack of 5 Titan Hero Series figures, including Iron Man, Marvel's War Machine, Black Panther, Black Widow, and Marvel's Vision. These Super Heroes are ready to team up and face off in a super battle unlike anything the world has ever seen!
titan5pkcivil2
630509443383
115405
Out of Stock
New