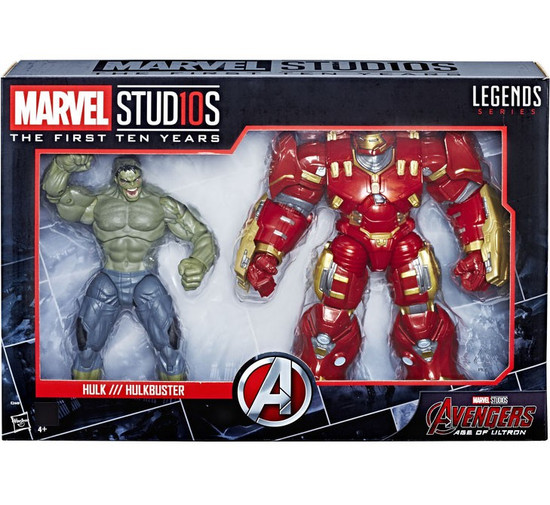 The smashing, crashing Hulk faces off against Tony Stark as Stark uses his Hulkbuster armor to keep the city safe from the gamma-green Avenger.
Design inspired by the 2015 hit movie from Marvel Studios, Avengers: Age of Ultron
6-inch-scale figures with premium articulation and detailing
#7 in the Marvel Studios: The First Ten Years collection from Hasbro Marvel Legends Series
Modeled after the iconic fight between Bruce Banner and Tony Stark
Celebrate 10 years of unforgettable blockbusters like Avengers: Age of Ultron with the Hulk and Hulkbuster figures from the Marvel Legends series, created in conjunction with the Marvel Cinematic Universes tenth anniversary. Featuring premium articulation and movie-inspired detailing, these figures are an incredible addition to any Marvel fan's collection.
marvellegendshulkbusterhulk
630509707744
263122
Out of Stock
New