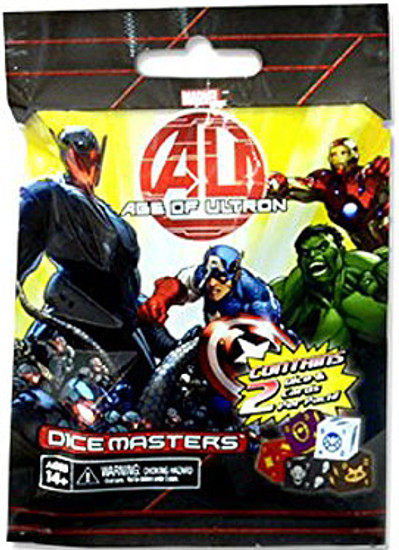 WizKids dice game Dice Masters is getting another new set. The company has announced a new set Marvel Dice Masters: Avengers Age of Ultron. The new set will be released on May 6, thats the week after Avengers: Age of Ultron comes out in theaters.
The new set will feature brand new characters never released before such as Rocket Raccoon, Groot, Captain Marvel, Daredevil, and Kang. Itll also include new versions of characters such as Iron Man, Hulk, Captain America, Black Widow, and Thor.
marveldicemastersultronpack
634482719336
127713
In Stock
New