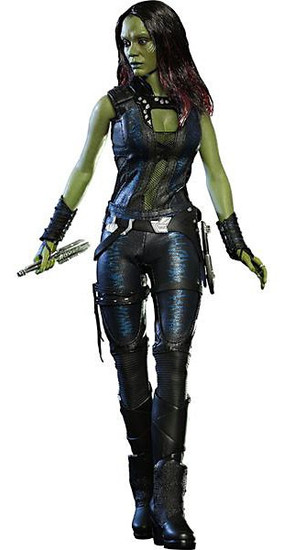 "We'll follow your lead."
Marvel Studios' latest sci-fi superhero hit film Guardians of the Galaxy has taken the world by storm! Sideshow Collectibles and Hot Toys are excited to present the sixth scale collectible figure of the deadly assassin, one of Thanos' adopted daughters, Gamora!
The movie-accurate Gamora sixth scale figure is specially crafted based on the image of Zoe Saldana as Gamora in the movie, featuring the newly developed head sculpt, a highly detailed costume, weapons and accessories.
Guardians of the Galaxy fans, don't miss the change to own this deadly assassin warrior!
htgamora
4897011176147
89473
Out of Stock
New