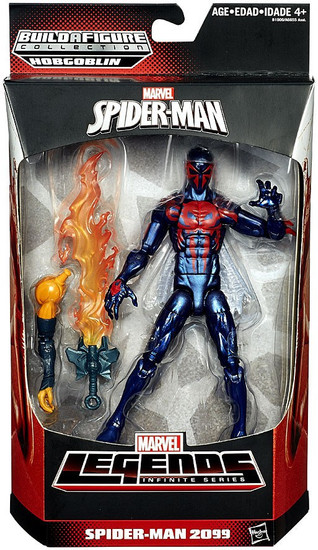 We will ship whichever of the two figures we receive from Hasbro.
Out of Stock
(You save )

With ninja-like stealth, Miguel O'Shea fights against a dark future in the year 2099! Build your own winged Hobgoblin figure with the parts that come with these cool Marvel Legends Infinite Series figures! This Spider-Man 2099 figure has the skills to outwit his villainous foe, and he wears the futuristic costume of the ninja-like superhero. He also comes with right arm and sword parts for you to build a Hobgoblin figure! Collect all 6 parts (other figures sold separately) to complete the criminal mastermind's body, then let him and your Spider-Man 2099 figure duke it out! The action is epic when you build your own Hobgoblin figure! Marvel products are produced by Hasbro under license from Marvel Characters B.V.
sman2099infiniteseries
630509281091
100960
Out of Stock
New