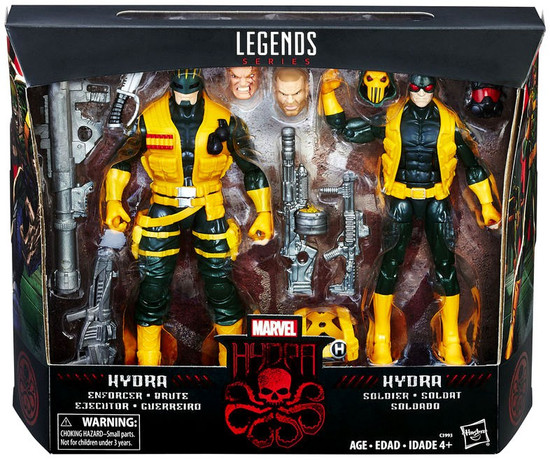 Driven by rage, these advanced Hydra super soldiers are prone to clash with anyone in their paths.
With the Marvel Legends Series, kids and collectors alike can start a legendary collection of comic- and movie-based Marvel characters. With this Marvel's Hydra Soldiers 2-pack, featuring highly-articulated and comic-inspired 6-inch Marvel's Hydra Soldier figure and Hydra Enforcer figure, Marvel fans can imagine recreating the action from their favorite Marvel adventures.
legendshydra2pk
630509632121
175789
In Stock
New