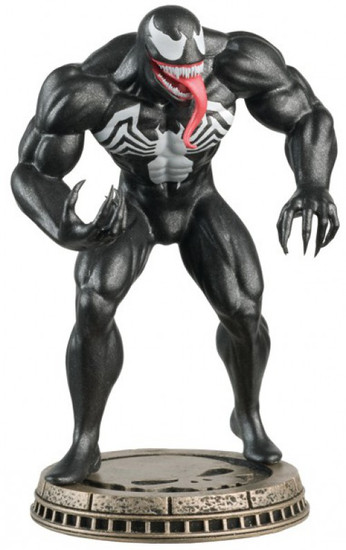 When Peter Parker rid himself of a dangerous alien symbiote, the creature bonded with Eddie Brock the two becoming Venom. The dark reflection of Spider-Man the fanged and slavering alien symbiote Venom is your first Black Pawn, he is a villainous attack dog, offering no prospect of retreat.
The alien-infused magazine explores the symbiotes otherworldly origins, super powers and most-notable tangles with the web-spinner Spider Man. Read three amazing stories from Venoms long career from an early appearance to a more recent epic.
eaglechessvenom
9772052205016
308034
In Stock
New