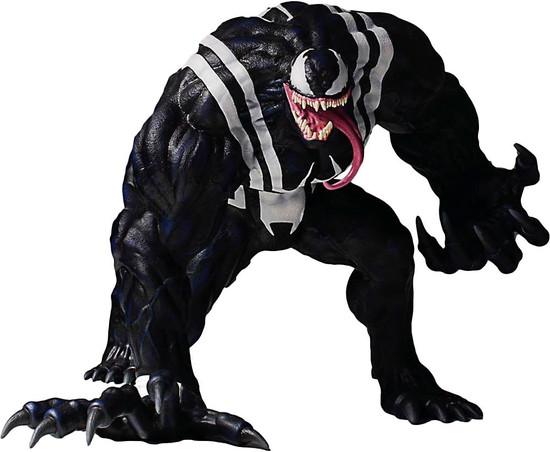 Sometimes a villain, sometimes an antihero, the alien Symbiote know as Venom strikes fear into the hearts of the Marvel Universe! When he is a villain, the hulking brute that is Venom is one of the deadliest foes of Spider-Man. With his origins in the original Marvel Secret Wars and his first appearance in Amazing Spider-Man #300, Venom has been a thorn in the side of your friendly neighborhood Spider-Man for almost three decades! The Venom Collectors Gallery Statue has been digitally sculpted, and hand-painted by the amazing artisans of Gentle Giant Studios. This 1:8 scale statue of Venom features a lot of teeth, a lot of tongue and a lot of terror that he will bring to your collection!
cgvenom
814176022014
150801
Out of Stock
New