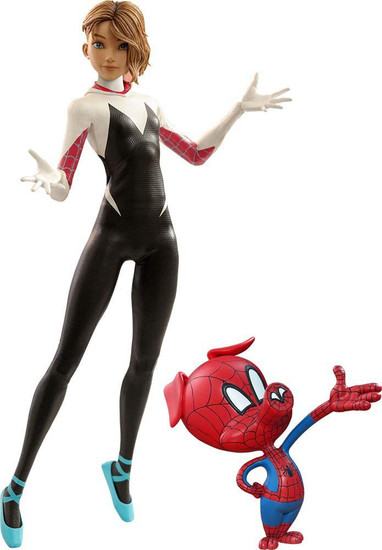 My name is Gwen Stacy. I was bitten by a radioactive spider. And for the last two years, Ive been the one and only Spider-Woman. Spider-Gwen

Gwen Stacy is a young woman from the New York City of an alternate universe where she was bitten by a radioactive spider instead of Peter Parker, and became her worlds Spider-Woman, known as Spider-Gwen. Being pulled into the home universe of Miles Morales, Gwen joined several other Spider-People for an interdimensional team-up.

Following the debut of Miles Morale Sixth Scale Collectible Figure inspired by the Spider-Man: Into the Spider-Verse movie, Sideshow and Hot Toys present the Spider-Gwen Sixth Scale Figure coming from another dimension.

The Spider-Gwen figure is swinging her way into your Spider-Verse collection!
hottoysspidermanintothespiderversespidergwen
4895228605283
326793
In Stock
New