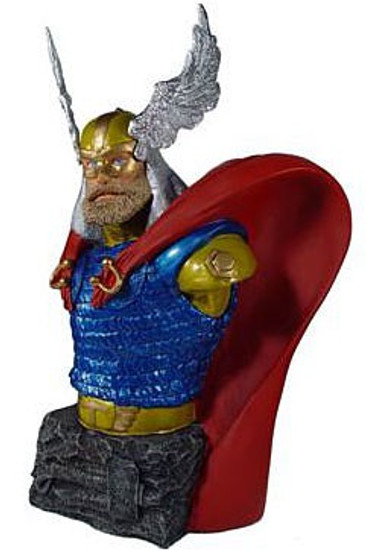 Every comics hero has a creator who defines who they are. With any hero that makes a lasting impression and achieves longevity, they invariably have another creator who is able to redefine that hero for a new generation. In this case, the former creators were Stan Lee and most importantly Jack Kirby while the latter would be writer/artists Walter Simonson. If you haven't figured it out, the hero is the Mighty Thor, who's been a staple of the Marvel Universe since his first appearance in Journey Into Mystery # 83 from the late 60's, and a staple of Norse mythology for just slightly longer.

Thor's emergence into the modern world began with Donald Blake finding Thor's Hammer Mjolnir (pronounced mee-yol-ner) hidden in the form of a cane in a cave in Norway. Once he struck a boulder with the cane it transformed itself into Thor's mighty hammer, along with transforming Blake into the physical embodiment of Thor. There were even convenient instructions on the side of the hammer to let him know what had happened, in case he was confused. From there Thor stopped an alien invasion (they were big way before 'Signs' came out) and went on to fight a variety of threats to both Midgard (Earth) and Asgard.
thorbattlearmor
725130961419
206713
In Stock
New