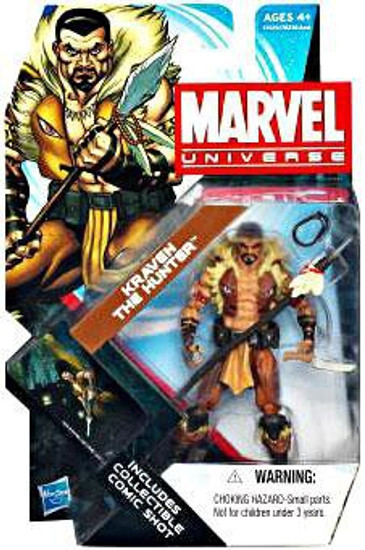 KRAVEN THE HUNTER views the world as two distinct groups: the hunters and the prey. And it is he who is at the very top of the food chain. Only SPIDER-MAN has the wit and wherewithal to challenge his cunning. SPIDER-MAN has become this hunters ultimate prey. KRAVEN THE HUNTER will not rest until the wily web-slinger is caught, captureddefeated.

Bring a truly evil nemesis into your crime-fighting adventures with this incredible KRAVEN THE HUNTER figure! Hes detailed to look just like the enemy of SPIDER-MAN and hes ready to take on whatever you throw at him!