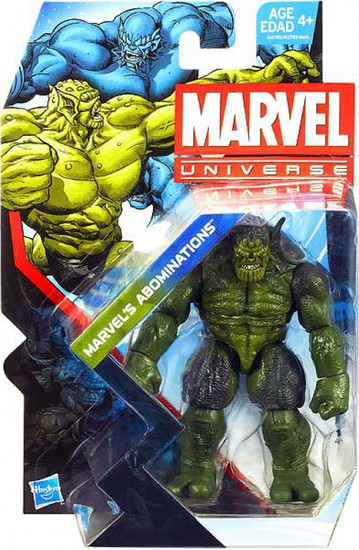 Most beings would be pulverized in a matter of seconds by the Hulk. Not these two. While they fall on opposite sides of the struggle between good and evil, their battle is one that can only be decided among gamma-enhanced goliaths. Your superhero adventures will be off the hook with these awesome Marvel's Abominations figures! They're just as tough as the Hulk but one is good and one is definitely not. Send them into gamma-charged battle against each other! Which one will win? It's all up to you! Marvel products are produced by Hasbro under license from Marvel Characters B.V.
muabomination
653569889496
78838
In Stock
New