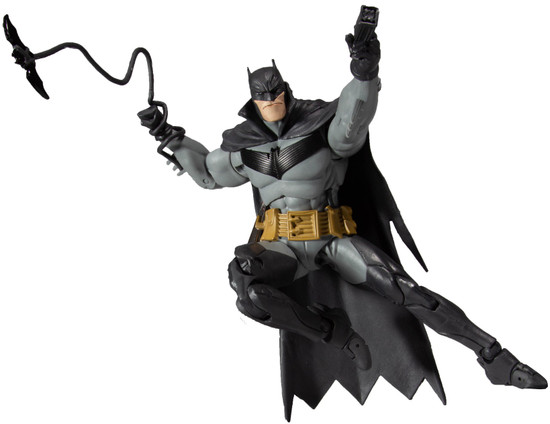 After years of epic battles between the Dark Knight and his twisted archenemy, Batman faces his greatest challenge yet: The Joker has been cured of his madness and is now sane. The Clown Prince of Crime has changed his ways, fighting for good in Gotham City, and it may just cause Batman to go over the edge of his own sanity.
Incredibly detailed 7 scale figures based off the DC Multiverse
Designed with Ultra Articulation with up to 22 moving parts for full range of posing and play
Batman figure based on the comic book story arc Batman: White Knight
Batman accessories include Grapnel Launcher, Batarang with line, wrapped Batarang with line, and base
Included collectible art card with Batman: White Knight artwork on the front, and character biography on the back
Collect all Batman: White Knight Figures! The Joker and Azrael, as well as other McFarlane Toys DC Multiverse figures. Figures sold separately.
mcdcmultiwhtkntbatman
787926154061
329012
In Stock
New