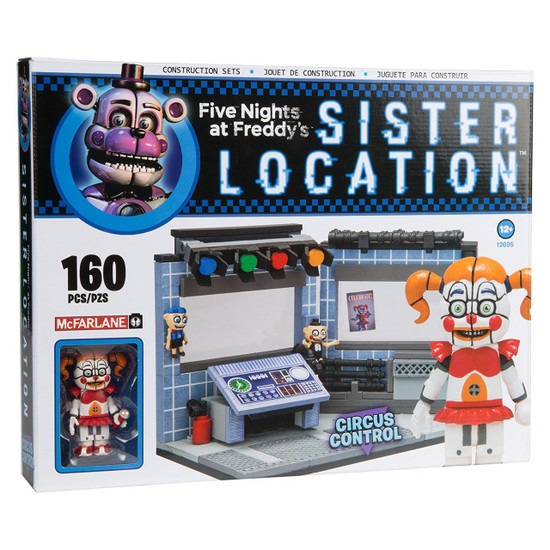 The circus control room looks out over the circus gallery, where the animation joyfully perform their routines. The control room features large windows to monitor the animation' behavior, as well as a makeshift crawlspace to hide inside in case an animator should happen to get loose... which almost never happens. Five nights at Freddy's puts the player in the shoes of the new night Watchmen of Freddy Fazbears pizza. Freddy, Bonnie, Chica and Foxy, the restaurant animatronic attractions are a delight to children during operating hours, but when the lights go out, the terror begins. The world of five nights at Freddy's is rich and mysterious, and the fan base is hungry to discover all of its hidden secrets. The series spans six games, with its newest installment: "five nights at Freddy's: sister location, rapidly becoming one of the most downloaded games on online marketplaces. The five nights at Freddy's McFarlane construction sets have become immensely popular, with sales places them in the top 10 selling boys items at major retailers nationwide. McFarlane Toys is bringing a revolutionary evolution in brick building toys that allows collectors and fans to literally build their favorite scenes with these highly detailed and realistic construction line. Each set brings immaculate detail, iconic environments, and convincing sculpts, all at an unpredicted size. Add multiple characters to your scenes, combine builds, or just enjoy your awesome creations on its own.
circuscontrol
787926126952
148015
In Stock
New