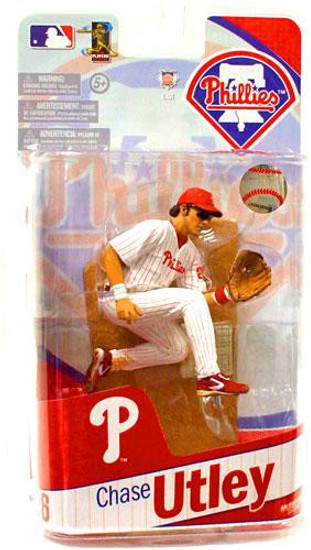 Chase Utley is a second baseman for the Philadelphia Phillies of Major League Baseball. A native of the Greater Los Angeles area, he was raised in the city of Long Beach. He was a star baseball player at Long Beach Polytechnic High School before moving on to UCLA.
Utley bats left-handed and throws right-handed. Since becoming a permanent fixture as the Phillies' second baseman, Utley has demonstrated versatility as a player and as an athlete, spending some time at first base as well. As his fielding has improved over his career, Utley is seen in combination with Jimmy Rollins as one of the best middle-infield combinations in the NL.Utley is considered by fans to be a team leader, alongside Rollins and Ryan Howard.
mlb2010philsutley
787926715477
241826
Out of Stock
New