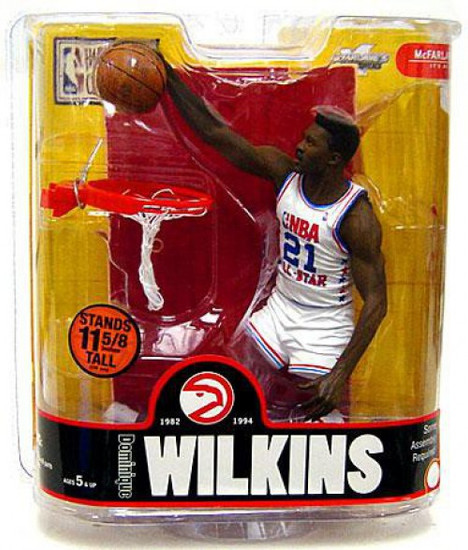 The Human Highlight Film was doubly lucky when the Utah Jazz traded him to the Atlanta Hawks. Not only was he coming home (he played his college ball at the University of Georgia), but his career would unfold in front of a national television audience on WTBS (The SuperStation). Basketball fans nationwide watched his classic duels with Larry Bird and Michael Jordan, as well as his breathtaking performances in the NBA Slam Dunk Contest. Wilkins was a nine-time NBA All-Star and ranks ninth in career scoring. He was enshrined in the Pro Basketball Hall of Fame in 2006.
mcfarlanenba3wilkinsv
7879269276103
192972
In Stock
New