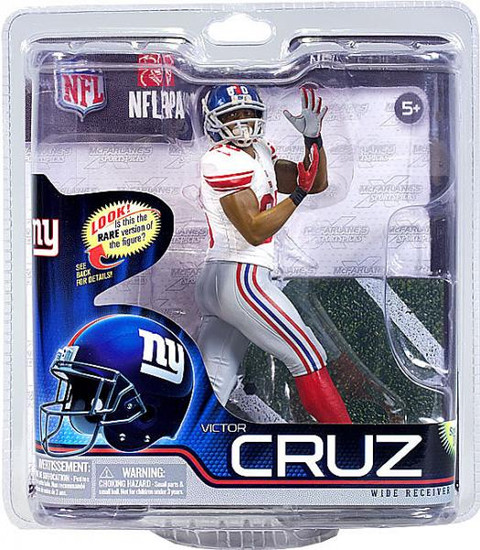 What series would be complete without a NFL Champion? During the New York Giants victorious season, Giants wide receiver Victor Cruz, set the single season franchise record for yards and helped lead his team to claim the Championship trophy and coveted Lombardi trophy. Cruz, making his SportsPicks debut, can be seen wearing the Giants blue home uniform.
cruz31level
7879267561593
122230
In Stock
New