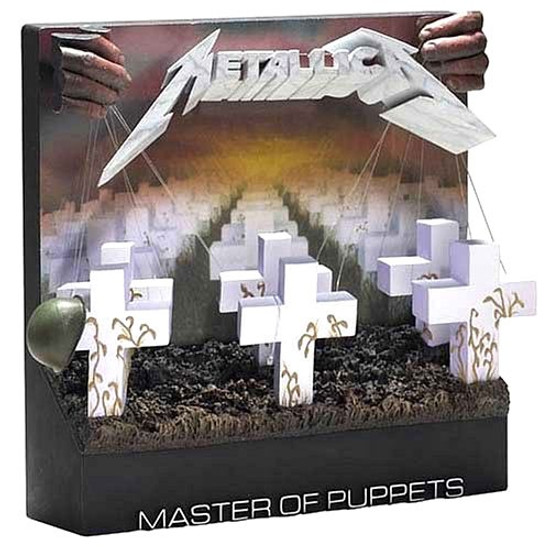 Released on February 26th, 1986 and having sold over six million copies to date, "Master of Puppets" was Metallica's third studio album and the last recorded with bassist Cliff Burton. The iconic imagery of the album's cover and its status among the band's legion of fans as one of their best offerings made "Master of Puppets" an obvious choice to get the 3-D treatment.
mcfarlanemetallicalbumcover
787926129106
187058
Out of Stock
New