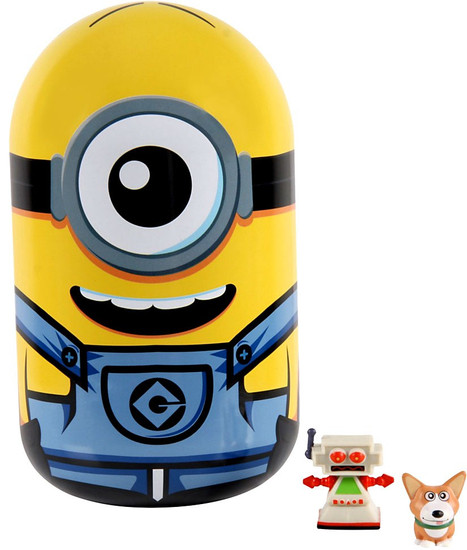 Despicable Me 3 is an upcoming American 3D computer-animated comedy film produced by Illumination Entertainment and distributed by Universal Pictures. It is the third installment in the Despicable Me film series and a sequel to Despicable Me 2 (2013). Where can kids store Mineez galore? Inside their very own Mineez Despicable Me Collector Tin! This cool tin is shaped like a Minion character and comes with two Mineez inside. They can open it up and store up to 40 Mineez inside! What could possibly go wrong when a Minion is protecting their collection? Mineez- Big Fun Made Mini!
despme3mineezcollectortin
630996582152
159111
In Stock
New