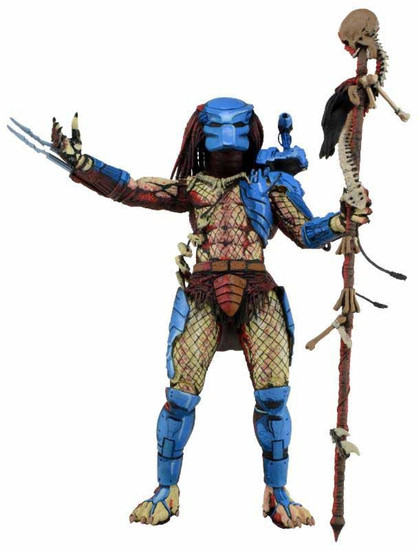 Due to the fragile nature of NECA Collectibles we cannot accept returns on opened product. We inspect each figure before sending it out, but figures can be damaged in transit. Please make sure to inspect your figure for damages BEFORE opening it.
$99.99
(You save )

Celebrate the 25th anniversary of the first Predator comic book!

The Dark Horse mini-series followed NYPD Detective Schaefer (Dutchs brother), whose investigation of a string of brutal murders leads him to an army of Predators ready to converge on the city. This 8 tall figure recreates the Predators appearance on the cover of issue #1, and has all-new deco in comic book colors and shading.