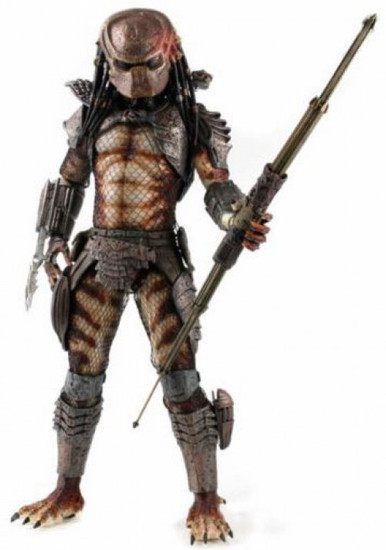 Based on the 1990 film Predator 2, this massive action figure marks the triumphant return of the City Hunter to our 1/4 scale line! The action-packed sequel to the original movie moved the hunt to Los Angeles, where even on the streets, the Predator stalks his prey with deadly precision.
Long out of production, the City Hunter 1/4 scale has been updated to include LED lights in the mask's targeting system and a new left forearm gauntlet that flips open. The figure stands an impressive 20" tall and is entirely accurate to the movie design, with over 25 points of articulation and mesh body suit netting.
quartercity
634482515471
131765
Out of Stock
New