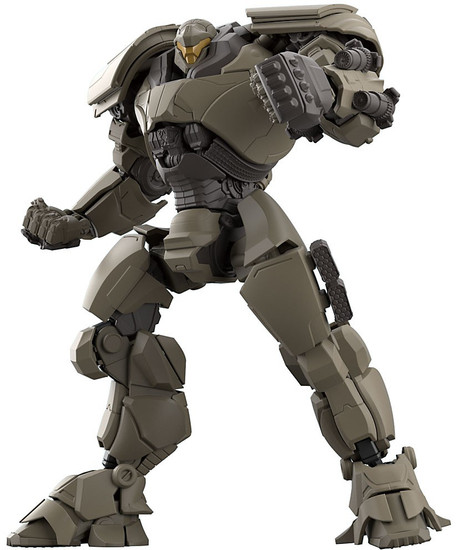 Being released to fight alongside the Gipsy Avenger is another hero in the new Jaeger fleet, Bracer Phoenix! Making its debut for the first time in the HG series, Bracer Phoenix will have multiple points of articulation and weapon parts! Bracer Phoenixs Vortex cannon can be recreated to show off her firing mode! Alternate parts are included in this set and feature interchangeable chest pieces to build out the Vortex Cannon. An added Scrapper is also included. Set includes Vortex Cannon firing mode recreation parts x1 and Scrapper x1. Runner x4. Marking sticker sheet x1. Foil sticker sheet x1. Instruction manual x1.