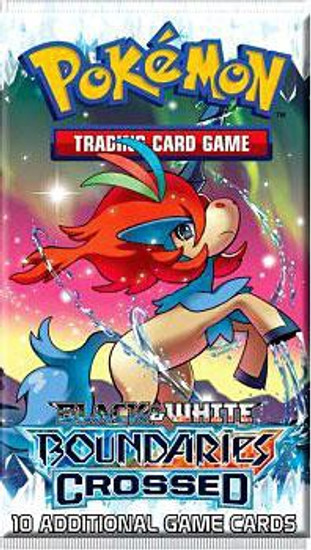 Step into the next dimension of your journey into battle using the might of the Boundary Pokemon... both White Kyurem and Black Kyurem! Harness the powers of more Pokemon-EX like Landorus, Cresselia, and Celebi, and Keldeo makes its debut in the Black & White - Boundaries Crossed expansion as both a Pokemon and a Pokemon-EX, along with the never-before-seen, powerful ACE SPEC Trainer cards, which are so devastating that you can only carry one into battle! Cross over to sweep aside your opponents with one mighty push!
boundariescrossedpack
820650107818
247718
Out of Stock
New