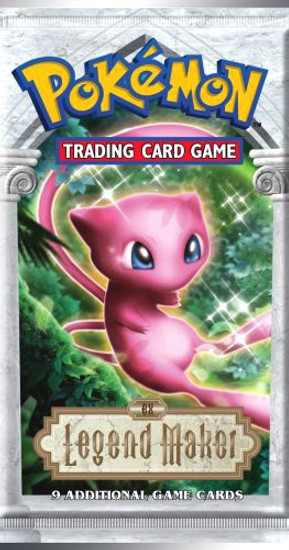 All Booster Packs sold on ToyWiz.com are pulled from fresh factory sealed product. They are completely Clean, Mint and Untampered with ... GUARANTEED!
$314.99
(You save )

EX Legend Maker introduces the location of Mirage Forest, which is home to many rare Pokemon, including the elusive Mew. In Japan, it was later revealed that the human inhabitants of this area (in Holon) were conducting research and experiments on the activities of Mew, which inadvertently caused the creation of Delta Species Pokemon.
expokemonlegendmakerboosterpack
820650103605
190476
In Stock
New