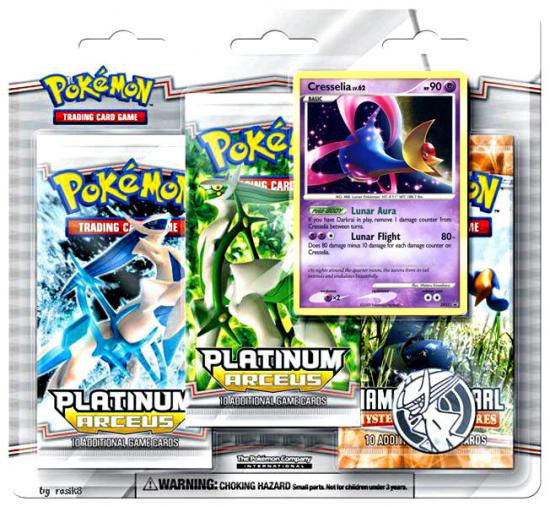 Stepping out of ancient times comes a Pokemon so mighty that legends say it shaped the universe itself! The Pokemon TCG: Platinum - Arceus expansion introduces the Alpha Pokemon Arceus, one of the most amazing Pokemon ever! Harness and wield this awesome power or rise to its incredible challenge! Capture previously unseen Pokemon LV.X to aid you in this titanic struggle, and turn the tide of battle with all-new Trainer and Stadium cards. Prepare to face your greatest test
With new gameplay, new Trainer cards, and an exceptional subset of the new Alpha Pokemon Arceus, the Pokemon TCG: Platinum - Arceus expansion will give players everything they need to control the powers of one of the most powerful Pokemon ever! Platinum - Arceus features over 100 new cards and remains compatible with previous releases.
pokemonspecialedition
820650105135
118124
Out of Stock
New