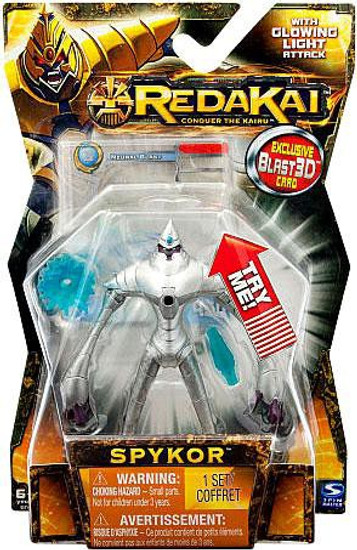 Become a Kairu Warrior! Redakai Basic Action Figures have amazing projection technology and come with an exclusive attack card.
This is the REDAKAI universe, where good and evil are locked in an intense struggle for the same mysterious energy force: Kairu. In the hands of good, Kairu is a living force that guides the universe. But in the hands of evil, Kairu can be a destructive force unlike anything else. Those who learn to wield this energy become Kairu Warriors, and they aspire to join the ranks of the most powerful Kairu masters: The Redakai
spykorbasic
778988938522
202610
In Stock
New