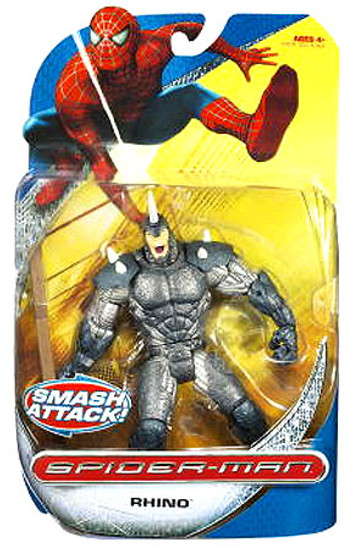 Enhanced to an amazing degree by genetic manipulation and gamma radiation treatments, Rhino can lift nearly 80 tons and run at almost 100 miles per hour! His armored rhino suit is made to smash through almost anything and can resist the impact of small missiles and artillery shells, making him nearly invulnerable to anything Spider-Man can dish out. Rhino is a simple thug just in the super villain game for the money, but youd be surprised how much money you can make by knocking Spider-Man through a building. Collectible Rhino figure is posable and features smash-attack action! Pose him with his 2x4 weapon and squeeze his legs together to attack! Figure comes with 2x4 weapon.
smtrirhino
653569328582
117501
Out of Stock
New