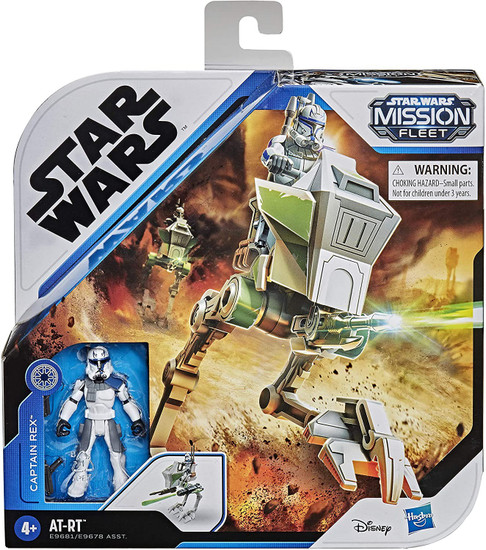 In the Star Wars Galaxy, designed primarily as a reconnaissance vehicle, this two-legged open-cockpit walker is nonetheless swift and heavily armed, letting its operator cut through Battle Droids easily. Clone Captain Rex served the Republic during the Clone Wars, often taking orders from Anakin Skywalker and Ahsoka Tano and viewing military service as an honor. This 2 1/2-inch-scale Captain Rex figure features multiple points of articulation and design and detail inspired by the Star Wars: The Clone Wars animated series.
swmfsmallcaprexatrt
5010993750009
330163
In Stock
New