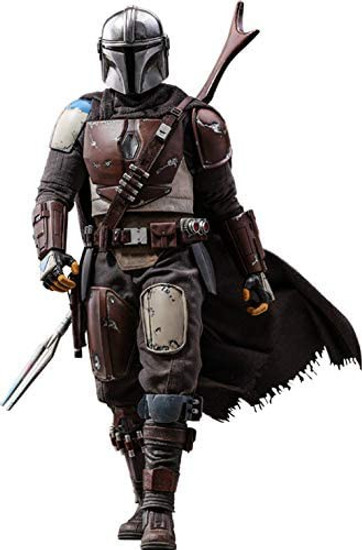 After the stories of Jango and Boba Fett, another warrior emerges in the Star Wars universe. The Mandalorian is set after the fall of the Empire and before the emergence of the First Order. We follow the travails of a lone gunfighter in the outer reaches of the galaxy far from the authority of the New Republic. The highly-accurate collectible figure features meticulously crafted helmet and armor pieces, finely tailored outfit, beautifully applied weathering effects, a blaster rifle, a blaster pistol, accessories to set up a diorama base including a battle damaged Stormtrooper helmet, a flag, spears and desert-themed figure base.

-11.80 inches (30cm)
-Made of plastic
-Authentic and detailed likeness of The Mandalorian in the live action-series The -Mandalorian
-Finely crafted silver-colored The Mandalorians helmet
-Specially applied weathering effects on armor, weapons, and accessories
-Body with over 30 points of articulations
hottoyswtms007
4895228602862
310079
In Stock
New