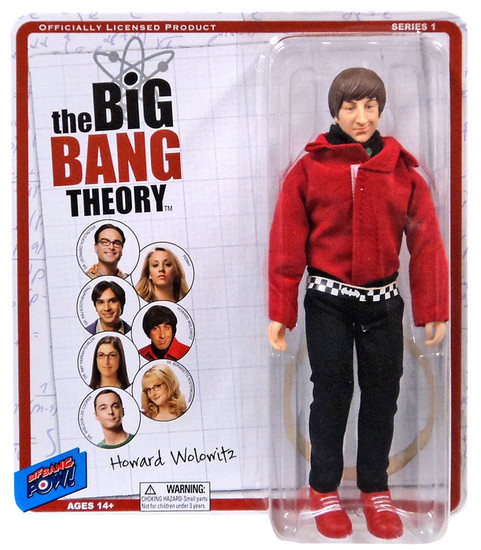 When it comes to loquacious geeks, aerospace engineer Howard Wolowitz is your man. When it comes to ultra-cool action figures based on CBS' "nerd-com" The Big Bang Theory, this Big Bang Theory Howard 8-Inch Series 1 Action Figure from Bif Bang Pow! is just what you need! Howard Wolowitz features multiple points of articulation and stands about 8-inches tall in series-true fabric clothing and a retro style that harkens back to the bestselling "Mego" action figures of the 1970s and 1980s.<
Howard Wolowitz (Simon Helberg) is an engineer in applied physics. He recently retired his "ladies man" aspirations and married girlfriend Bernadette Rostenkowski, who he initially bonded with over disdain for their overbearing mothers. Even though hes constantly picked on by Sheldon for lacking a Ph.D., Howard achieved the prestigious accomplishment of going to outer space (and will never let his friends forget it). He also has a gift for celebrity impressions, and a horrible nut allergy.
retrohowardrs
814826015984
124206
In Stock
New

The Big Bang Theory What Happens at Comic-Con Exclusive Journal