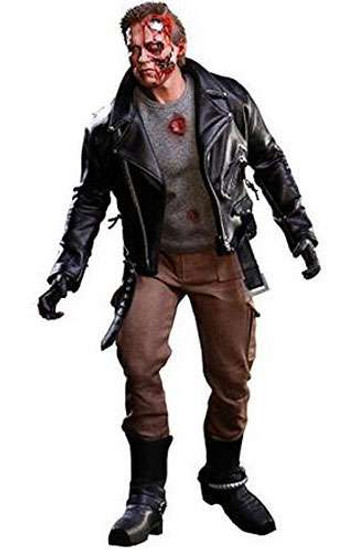 We carefully inspect each copy of this figure for damage. Due to the collectibility and fragility of this item, we cannot accept a return once it has been opened.
$824.99
(You save )

Ill be back. Arnold Schwarzeneggers iconic portrayal of the cyborg assassin in The Terminator has remained a classic in popular culture and among fans! Sideshow Collectibles and Hot Toys proudly present the T-800 (Battle Damaged Version) sixth scale figure from The Terminator.
The T-800 collectible is specially crafted based on the image of Arnold Schwarzenegger in battle damaged look from the movie featuring two battle damaged head sculpts with red LED light up left eyeball, leather-like jacket, as well as detailed weapons and a specially crafted diorama figure base.
htbdterm1
4897011175775
124256
In Stock
New