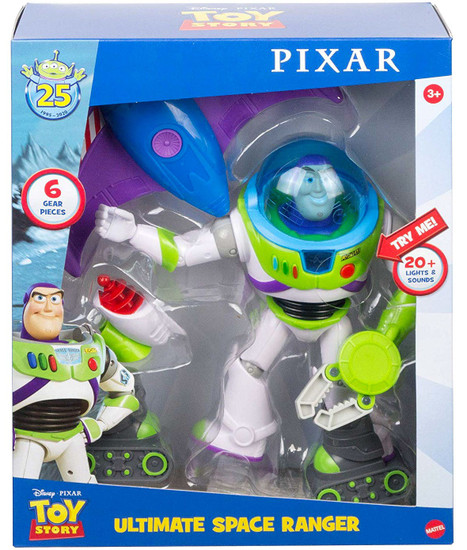 Prepare for epic missions in far off galaxies with Buzz Lightyear! This Ultimate Space Ranger action figure comes packed with iconic gear and special features for realistic Disney and Pixar's Toy Story play. His chest controls light up as he says signature lines like "Greetings, Space Ranger. We have a mission!" Authentic accessories include his signature hyperspace wing and jet pack, moon boots, a helmet with a visor, a blaster and a claw to crush zurgbots! Exciting movie sounds include laser firing and jet engine launching. Join Ultimate Buzz Lightyear as he rescues his friends and soars off on intergalactic adventures! For ages 3 and up.
25thultimatespaceranger
887961811483
321597
In Stock
New