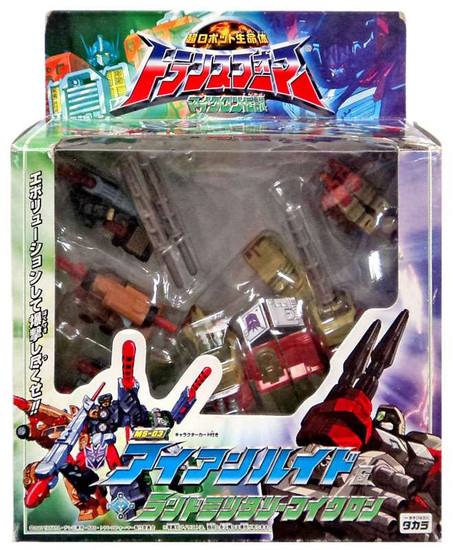 From Takara's red-hot Japan-release Transformers Armada line comes this set featuring Grap (known as Smokescreen in his Hasbro release on the other side of the ocean). A vehicle with such handy working features as a winch, a crane, and a missile launcher, this Cybertron can combine with included Mini-Con figure Lift (a.k.a. Liftor) when transforming to robot mode. Lift himself transforms from robot to forklift. But wait--there's more! Grap and Lift are joined in this set by the sleek Race Mini-Con Team of Spin, Indy and Drift (a.k.a. Downshift, Mirage and Dirt Boss), which each transform from vehicle to robot. The team members combine to form the plane Cosmotector (a.k.a. Skyboom), which in turn combines with Grap! The set is packaged in a colorful all-Japanese window box, and is a great way to build your Transformers collection without having to buy Grap and the Race Mini-Con Team separately. Grap yours quick!
takarams03dp
49048800785161
166331
In Stock
New