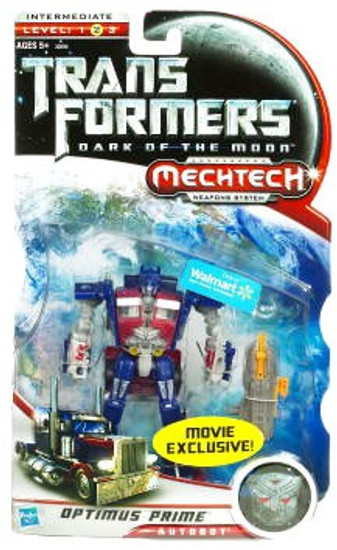 OPTIMUS PRIME, the leader of the AUTOBOTS, earned the right to be called a Prime by virtue of his courage, intelligence, and skill in battle. But the discovery of the long-missing SENTINEL PRIME means he may have to share his role as commander. The DECEPTICONS dont stand a chance with these two mighty AUTOBOTS fighting side by side!

Your fierce OPTIMUS PRIME figure will be too much for his DECEPTICON enemies to handle! Convert him to truck mode when its time to move fast and use his blaster in battle. Convert him back to robot mode, and his blaster converts to a battle axe! Victory will be yours with OPTIMUS PRIME on your side!
exdeluxeoptimus
653569611561
120272
In Stock
New