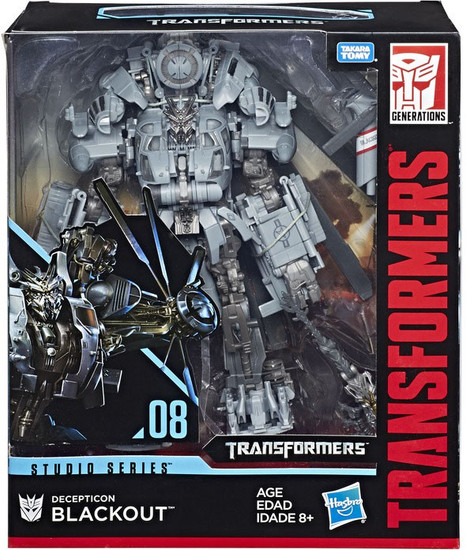 Reach past the big screen and build the ultimate Transformers collection with Studio Series figures, inspired by iconic movie scenes and designed with a cinematic blend of movie scales and deco.
In Transformers Movie 1, the Desert Base Assault catalyzes military activity as the Decepticons launch their search for the Allspark. Disregarding human defenses, Decepticon Blackout infiltrates US air space, converting into a massive Decepticon and releasing Scorponok into the desert.
This Studio Series 08 Leader Class Movie 1 Decepticon Blackout figure converts between robot and helicopter modes in 23 steps and comes with 2 weapon accessories. Remove backdrop from pack to showcase the massive Decepticon hunter in the Desert Base Assault scene.
studioblackout
630509627837
255251
Out of Stock
New