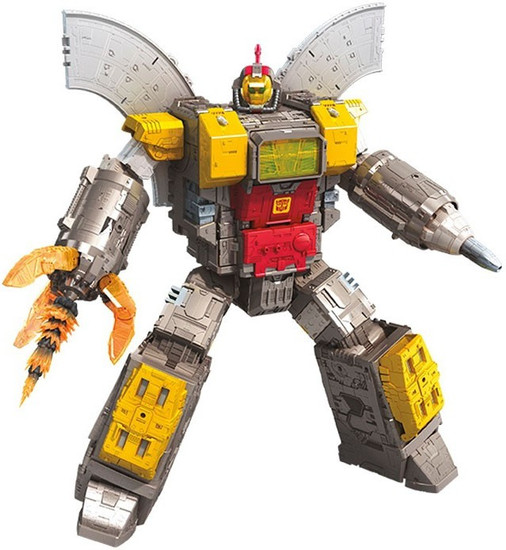 This colossal 2-foot scale Titan Class WFC-S29 OMEGA SUPREME figure features a G1-inspired design and converts to AUTOBOT Command Center mode, made up of a tank, rocket, control tower, and defense perimeter. The included MICROMASTER, AUTOBOT COUNTDOWN, fits inside rocket, tank, and control tower, and can ride along the defense perimeter. Includes 6 Fire Blasts accessories to simulate battle effects on figure and Command Center mode. Build the ultimate battlefield with Siege figures. Siege plunges fans into the epic fight to survive on the final day of the AUTOBOT and DECEPTICON battle to control CYBERTRON. As the AUTOBOT counter-resistance takes on the DECEPTICON resistance army, the unyielding AUTOBOT army captain and city defender, OMEGA SUPREME, lies in wait the AUTOBOTS last line of defense. Adult fans nostalgic for the original TRANSFORMERS animation and kids discovering classic characters for the first time can share and experience exciting play patterns for all generations.
wfcsiegetitanomegasupreme
630509789214
312964
Out of Stock
New