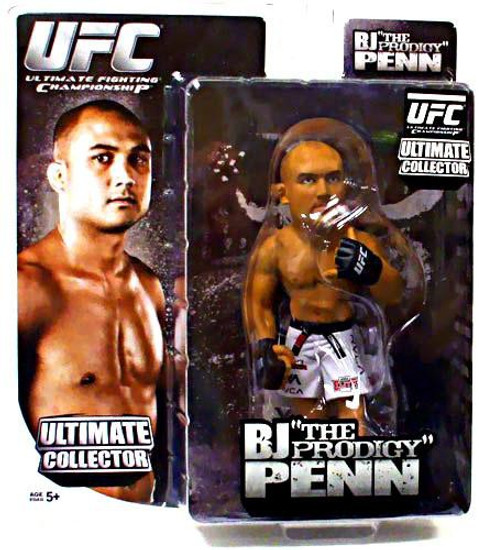 Items may have minor shelf wear as such we cannot accept returns for that reason.
$29.99
(You save )

Penn has won titles at both lightweight and welterweight and has headlined some of the mostanticipated cards ever. The Brazilian Jiu-Jitsu champion is the current UFC lightweight beltholder, and has victories over some of the biggest names in the sport's history. Hugely popular, Penn was a quick study in Jiu Jitsu, earning his black belt in just three years, and rose through the UFC ranks quickly, earning a title shot in his fourth pro fight and winning the belt in his ninth.
ufccollector2bjpenn
628135100220
204805
In Stock
New