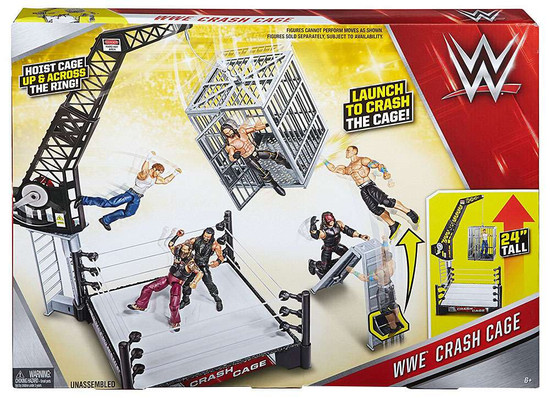 Get ready to launch into action and recreate exciting WWE matches! The awesome WWE Crash Cage play set has a ladder launcher that morphs into two ladders allowing kids to place two WWE figures on each side of the ring (or anywhere) and then launch them into action! Launch your favorite WWE Superstars right at the cage and with a strong enough hit, the cage releases. Play inside and outside the ring with the huge crane that rotates 360 degrees and also use it to raise and lower the cage to capture WWE Superstar figures. Its the ultimate Crash Cage action! Play set includes ring, ladder launcher (2 pieces), crane and cage.
wwecrashcagedp
8879613080681
150684
In Stock
New