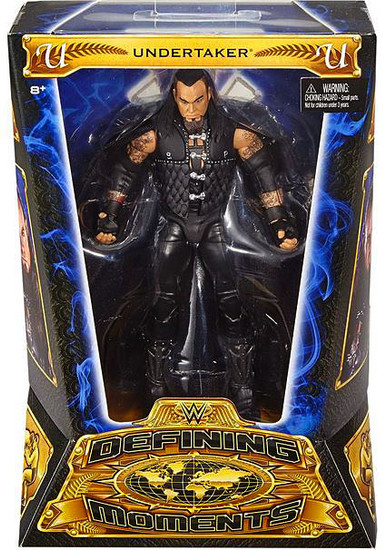 Defining Moment: March 29, 1999
For months leading up to WrestleMania XV, a heated rivalry developed between Undertaker and Mr. McMahon. Undertaker had vowed to destroy McMahon and take over his "Corporation." So it was only appropriate that Undertaker tak on McMahon's head of security, Big Boss Man, in the most fitting of all matches - Hell in a Cell.
Once thse ultimate rivals were locked inside the 20-foot-high roofed cage, there was no escape. Early on, Big Boss Man handcuffed Undertaker to the cage and began striking him with his night stick. But the "The Phenom" broke free and performed his signature Tombstone Piledriver on the Boss Man and Pinned him for the Victory.
definingundertaker
887961099751
109830
Out of Stock
New