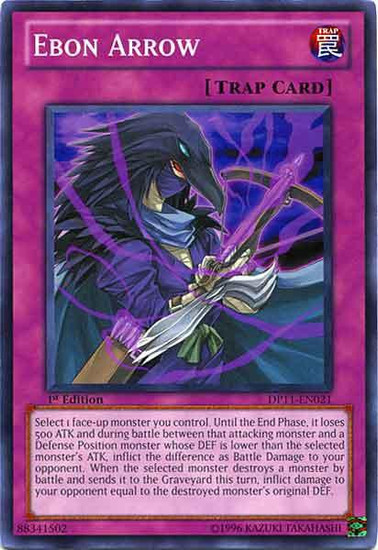 Select 1 face-up monster you control. Until the End Phase, it loses 500 ATK and during battle between that attacking monster and a Defense Position monster whose DEF is lower than the selected monster's ATK, inflict the difference as Battle Damage to your opponent. When the selected monster destroys a monster by battle and sends it to the Graveyard this turn, inflict damage to your opponent equal to the destroyed monster's original DEF.
dp11en021
604966637524
201073
In Stock
New