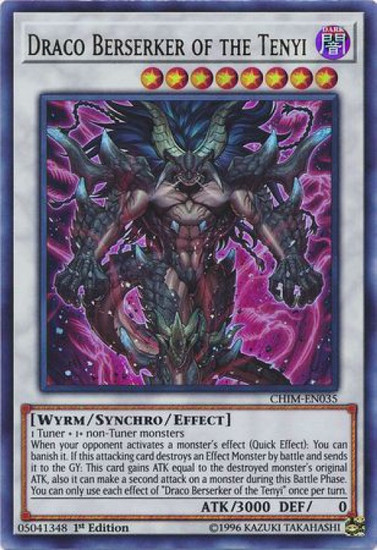 Dark. Wyrm/Synchro/Effect. 8. 1 Tuner + 1+ non-Tuner monstersWhen your opponent activates a monster's effect (Quick Effect): You can banish it. If this attacking card destroys an Effect Monster by battle and sends it to the GY: This card gains ATK equal to the destroyed monster's original ATK, also it can make a second attack on a monster during this Battle Phase. You can only use each effect of "Draco Berserker of the Tenyi" once per turn.
chimen035
0609411398494
311598
In Stock
New