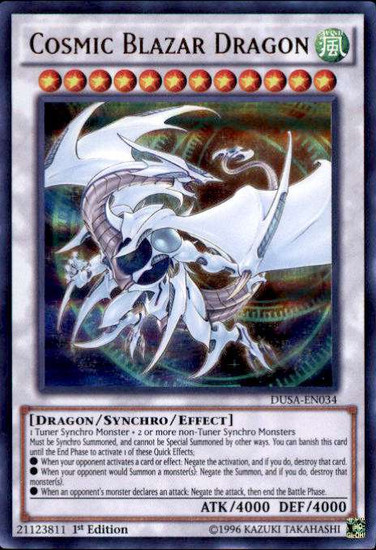 Wind. Dragon/Synchro/Effect. 12. 1 Tuner Synchro Monster + 2 or more non-Tuner Synchro MonstersMust be Synchro Summoned, and cannot be Special Summoned by other ways. You can banish this card until the End Phase to activate 1 of these Quick Effects; When your opponent activates a card or effect: Negate the activation, and if you do, destroy that card. When your opponent would Summon a monster(s): Negate the Summon, and if you do, destroy that monster(s). When an opponent's monster declares an attack: Negate the attack, then end the Battle Phase.
dusaen034
643690355434
156598
Out of Stock
New